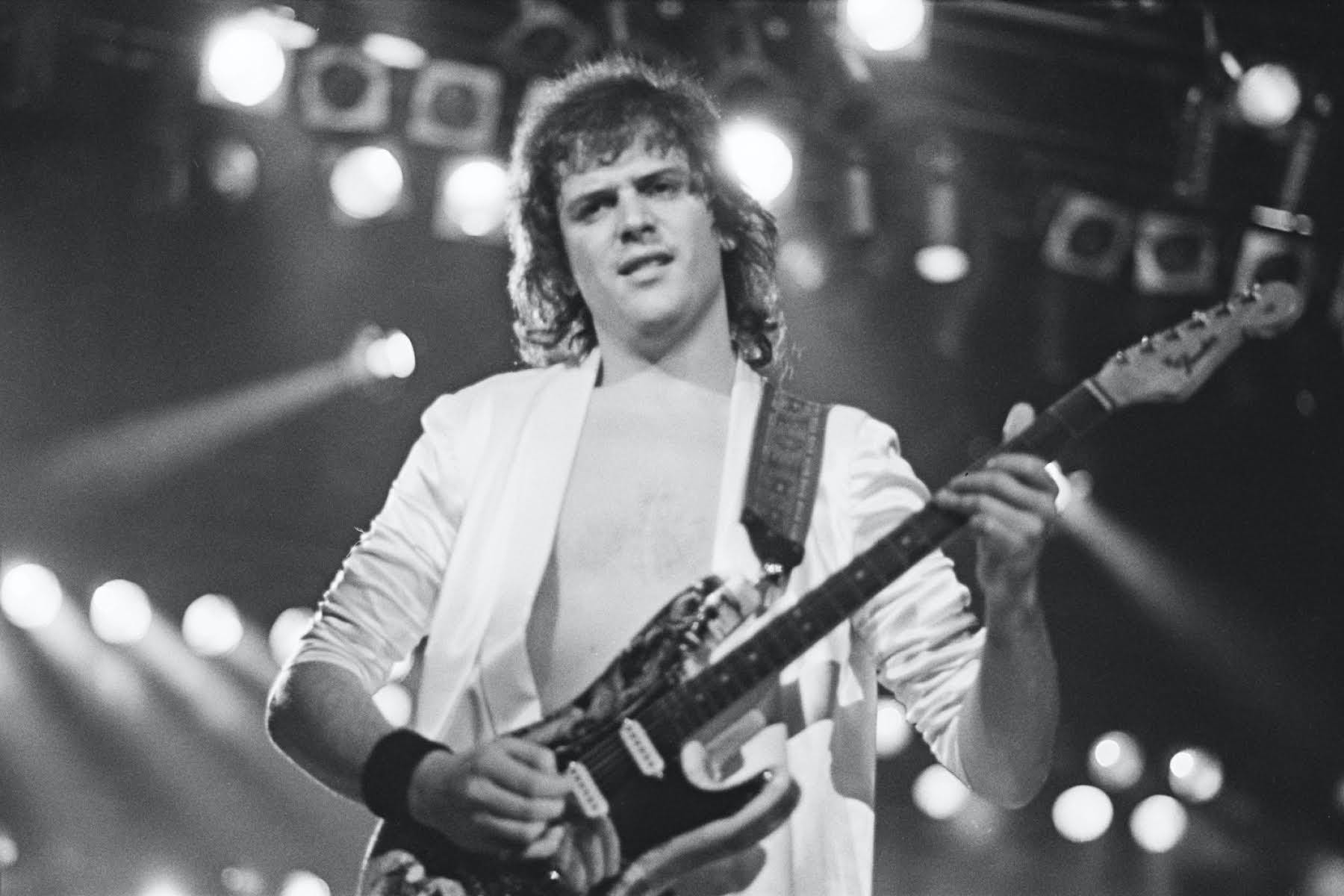 Trevor Rabin has earned a worldwide reputation for his innovative work as a musician and composer. Born in 1954 in Johannesburg, he is the son of a prominent lawyer Godfrey Rabin, who was also a highly respected violinist. Godfrey performed as first chair for the Johannesburg Symphony Orchestra for over a decade. His mother was a well known actress and an accomplished classical pianist. Trevor showed a natural gift for music, beginning classical piano lessons from the age of six and, after hearing Hank B. Marvin from the Shadows, started playing guitar at age twelve. One year later he joined his brother Derek’s band and started playing his first local gigs soon after. This was to be a stepping stone to forming his first band with some friends, Conglomeration. Within a year of their inception Conglomeration earned a reputation as one of the best bands in Johannesburg. Before long they were headlining pop festivals with bands twice their age. Trevor began doing session work at 17 and established himself as the most sought after session guitarist in South Africa. He developed his production skills while working with all the top producers and arrangers. Notably Trevor worked closely with Mutt Lange, who would book him on all his sessions. As well as being a session musician, Trevor joined a band called Freedoms Children and played to sellout shows all over South Africa. One of the songs Trevor wrote with the band was called “Wake Up! State of Fear” and was a controversial anti-Apartheid song, which did not sit well with the establishment. After a successful year with Freedoms Children, Trevor was drafted into the South African Army. After two months of basic training, Trevor transferred from an Infantry Division to the Entertainment Unit. Soon after completing his time in the army, Trevor formed the band Rabbitt with former Conglomeration bandmates, Neil Cloud and Ronnie Robot.

Rabbitt became the most successful rock act ever to emerge from South Africa. Trevor and his band mates became teen idol pinups and virtual recluses, having to hide from overzealous fans. In 1976, Rabbitt (now a full time touring band) released its first album, Boys Will Be Boys, which went gold faster than any other South African record in history. For this album, Rabbitt won a Sarie award, the South African equivalent of a Grammy award, for Best Contemporary Pop Music. Rabbitt dominated the South African charts for two years. To this day Rabbitt is considered to be the biggest musical phenomenon ever to come out of South Africa.

Struggling with the pressures of Rabbitt and the desire to work in London, led Trevor to move to London in 1978. Here he produced such acts as Manfred Mann’s Earth Band and released his first solo album, Trevor Rabin. Two more solo albums ensued (1979’s Face to Face and 1981’s Wolf). Accepting an invitation from industry heavyweight John Kalodner, he moved to Los Angeles to play in an early version of what became Asia. Trevor bowed out of that situation to record demos for a planned solo album, but his plans changed when his demos came to the attention of former Yes bass player Chris Squire. Squire was looking for a guitarist for a new band he was putting together, and Trevor’s demos became the basis for the new group Cinema. As the album neared completion, Jon Anderson joined the band and a new incarnation of Yes was born. The Yes “comeback” album 90125 became by far the biggest-selling of the group’s career, launching the group’s only #1 single, Rabin’s “Owner Of A Lonely Heart” and only Grammy, “Cinema”.

In 1989 Trevor released his fourth solo album, “Can’ t Look Away”. After a decade of success, including four albums and four worldwide tours, Trevor parted ways with Yes. Immediately he was offered a film score, the outcome of which proved prolific. Since then he has composed the soundtracks for mega-budget Hollywood movies, enhancing the performances of stars like Will Smith, Nicholas Cage, Denzel Washington and Samuel L Jackson. Trevor has scored ten films for Jerry Bruckheimer and with over $2.4 billion in ticket sales has attested to the success of their partnership.

His theme music backs the American baseball and basketball games and his Remember The Titans score reverberates behind the Olympic Games telecasts.

He has received numerous awards including eleven BMI Film and TV Awards, a Grammy, a Lifetime Achievement Award (Los Angeles Music Awards), a Career Achievement Award (Temecula International Film Festival), and Gold Medal for Excellence in Film Music Award (Park City Film Festival).
The awards reflect the vision that Trevor had from his early days in South Africa. Since then he has also been involved in socio-political commentary and human rights issues. His song “Wake Up! State of Fear” was one of the first anti-Apartheid songs. “Working For The People” is a power salute to the Soweto school riots. Margaret ‘Lady Afrika’ Singana sings with Trevor on “Tribal Fence” with the lyric eerily forecasting the year that Nelson Mandela would walk out of jail and end apartheid rule. “Can’t Look Away” was inspired by the anguish in South Africa prior to Mandela coming to power.

Trevor has since become one of the most sought-after film composers in the business, with 34 films to date. He has created music that crosses barriers and genres that have made him one of the premier composers of contemporary music. As a guitarist, keyboardist, singer, songwriter, producer or recording engineer Trevor has established himself as a leader in the contemporary music field.