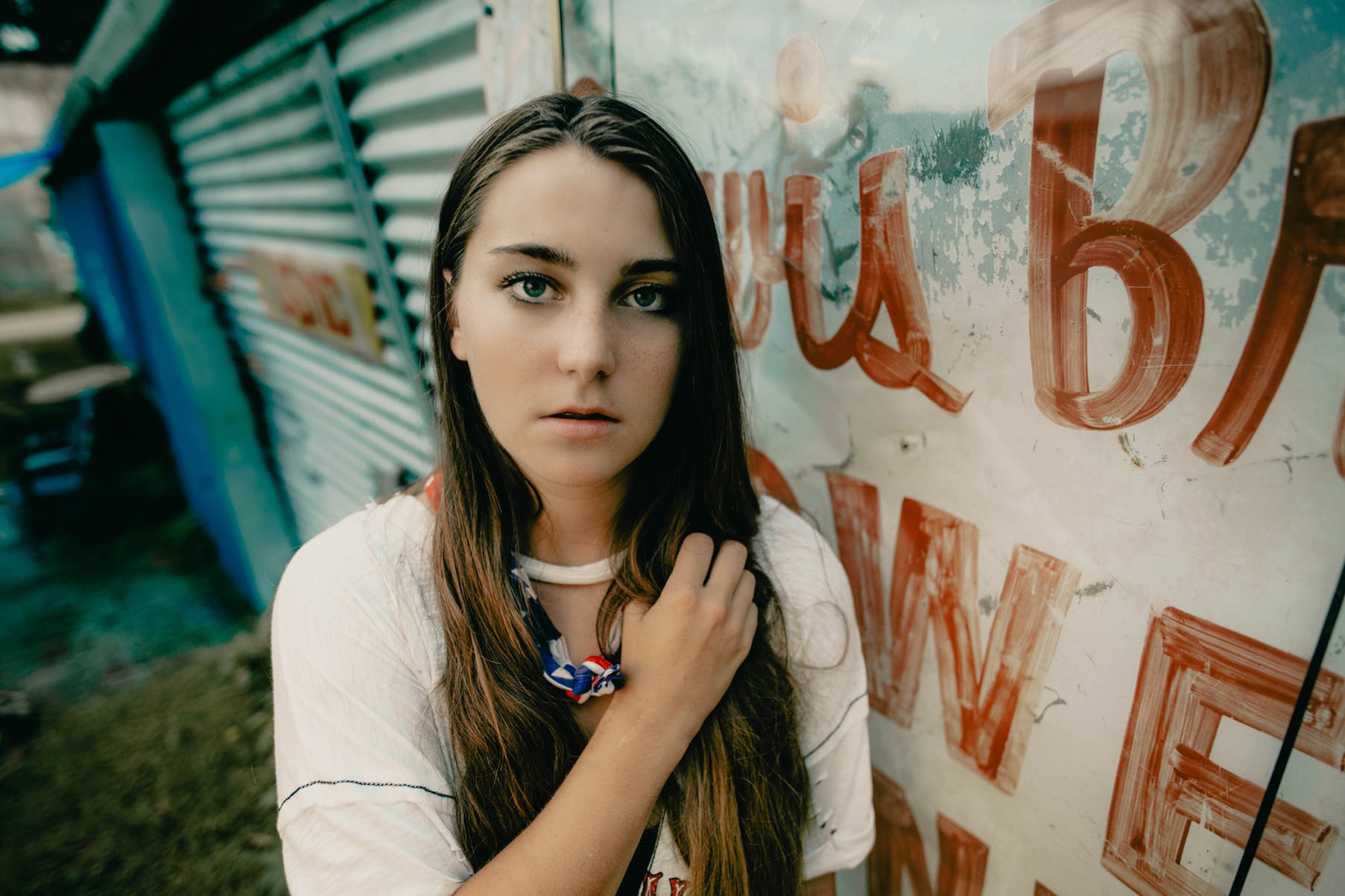 The debut album from Katie Pruitt, Expectations is a glowingly detailed collection of real-life stories, a courageous document of coming of age in a sometimes-unwelcoming world. With a narrative voice at turns poetic and unaffected, the Georgia-bred singer/songwriter/guitarist treads endlessly complex emotional ground: mental illness, toxic relationships, the frustration and shame of growing up gay in the Christian South. But by speaking her truth with sensitivity and grit, Pruitt ultimately arrives at a self-acceptance that’s both hard-won and happily defiant.

“I called the album Expectations because I liked that it was ironic,” says the 25-year-old artist, now based in Nashville. “This record’s really about letting go of what other people expect from you, and being free to be to just finally be yourself.”

Co-produced by Pruitt and her close friend Michael Robinson at the home studio of Rounder Records’ Gary Paczosa, Expectations gracefully showcases her captivating voice—an instrument that alternately soars and howls and softens to a near-whisper. And while the album unfolds in a guitar-fueled sound steeped in folk and country and rock-and-roll, each track stays centered on the lucid songwriting that recently landed Pruitt on a “20 Artists To Watch In 2019” from NPR.

With its luminous groove and gauzy guitar tones, the title track to Expectations embodies the album’s infinite tension between strength and vulnerability, wariness and hope. “I wrote ‘Expectations’ as I was coming out of a depression,” says Pruitt. “It’s about how your whole perspective can change if you shift your focus to what really matters, and recognize that there are people who love you and can help you if you need it—you don’t have to survive on your own.”

Elsewhere on Expectations, Pruitt delicately telegraphs the pain and confusion that come from lack of belonging. A piano-driven recollection of her adolescence, “Georgia” juxtaposes vivid memories of youthful rebellion with fearful confessions about coming out to her family (“My father would scream out in rage/He did not want a daughter whose soul wasn’t saved”). On “Normal,” Pruitt offers a bit of finely wrought storytelling, sharply narrating the times in her life when she felt most like an outsider (“Marching in line in the halls of my Catholic school/Seven Hail Marys if I copped an attitude”). But by the time Expectations reaches its penultimate track—the gorgeously lilting “Loving Her”—Pruitt has found her way to a joyful self-assurance, infusing every line with her irrepressible spirit (“If loving her’s a sin, I don’t wanna go to Heaven”).

An album informed by love in its many forms, Expectations presents a bracing portrait of self-destructive love with “Grace Has a Gun” (a hypnotic and heavy-hearted track featured on NPR’s “All Songs Considered”). “It’s about a girl I dated in college who was dealing with a very intense mental illness at the time, and about me trying to be some kind of cure for her,” Pruitt explains. On “Out of the Blue,” the album slips into a languid reverie, with Pruitt’s lyrics channeling a classic-pop romanticism (e.g., “What a lovely day for loving you”). And on “It’s Always Been You,” Expectations closes out in a moment of understated glory, the song’s gently plucked strings and wistful piano melodies magnifying its tender mood. “That one’s a love song to my girlfriend,” says Pruitt. “It’s the first time in my life I’ve experienced a genuinely healthy relationship, and I wanted to show those moments that are so mundane but beautiful, like making out on the porch or play-fighting with baguettes in the grocery store—all those normal, everyday things that feel so heightened by love.”

Throughout Expectations, Pruitt imbues her lyrics with a spellbinding specificity that comes from years of dedication to her craft. Raised in the suburbs of Atlanta, she learned to play guitar from her mother as a kid, then began writing her own material in high school. “I sort of used writing songs as an outlet to work through what I was feeling, which is why I still do it now,” says Pruitt. “It’s always been a very cathartic thing for me.” Although she studied music in college—first in Athens, Georgia, then at Belmont University in Nashville—Pruitt mostly thrived in less formal settings. “I usually skipped songwriting class to just write alone in my bedroom,” she notes.

As she set her roots down in Nashville, Pruitt connected with the lineup of local musicians who now form her live band. In recent years, she and her bandmates have taken the stage at major festivals like Pilgrimage, toured with such artists as Ruston Kelly and Donovan Woods, and joined together in creating the OurVinyl Live EP (a six-track offering released in March 2018). Also in 2018, she linked up with Gary Paczosa to record a track called “Thoughts and Prayers” (a powerful protest song that Pruitt performed at the March For Our Lives in Nashville). Eventually inking a deal with Rounder, she set to work on recording Expectations in early 2019.

In the process of bringing Expectations to life, Pruitt discovered a sense of closure that had eluded her for years. “I got to reopen some conversations with my parents, and I ended up hearing from Grace and talking things through with her,” she says. “It’s made me realize how insanely important communication is, and how we need to really listen to each other, even if we may not always agree on every point.” And as she reflects on her guiding mission as a songwriter and artist, Pruitt hopes that her music might help others overcome what often feels insurmountable. “If anyone’s feeling rejected or pushed aside, I want them to feel understood,” she says. “I want them to know that you don’t ever have to conform, or try to be whatever’s considered ‘normal.’ I want everyone to love what’s different about them, because your differences are what make you unique and wonderful and fucking rad.”