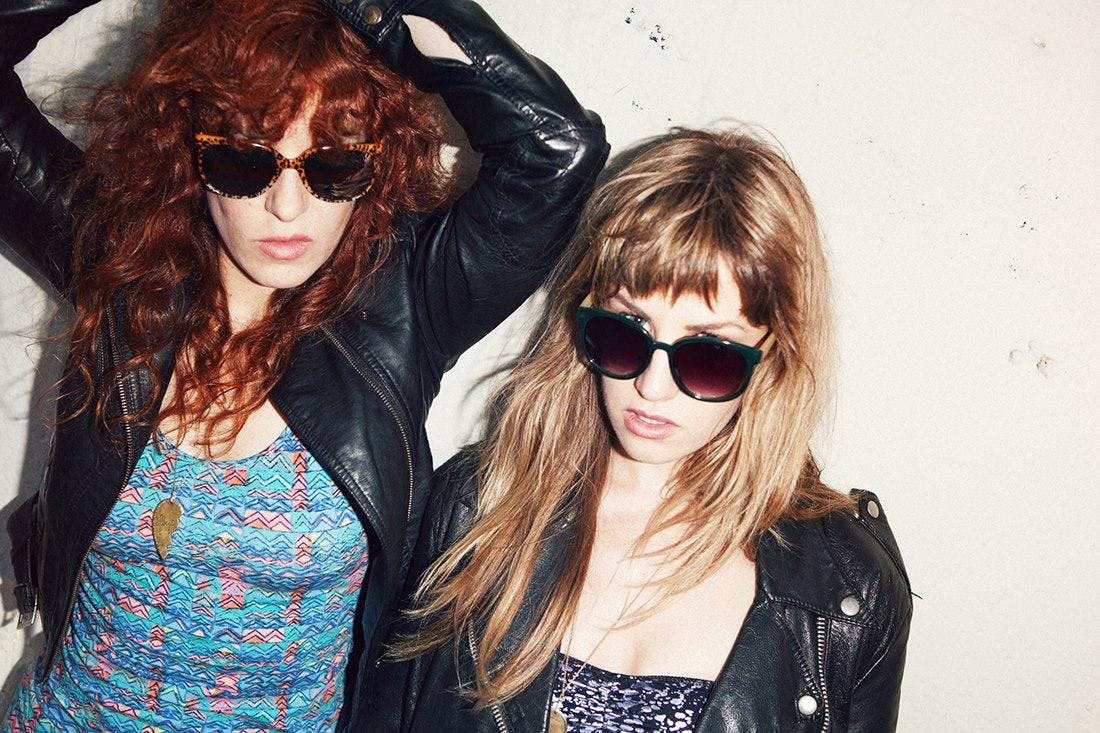 Deap Vally debuted in 2011 with a primal mix of hard rock and greasy blues riffs, like the White Stripes colliding with the Black Keys. The female indie duo formed in Los Angeles after guitarist/howler Lindsey Troy took a crocheting class taught in a San Fernando shop by drummer Julie Edwards. The two swapped CDs from their respective projects and soon decided to jam together. Choosing an image based on halter tops and short jean shorts, they played their first show at Silverlake Lounge. Their raucous on-stage presence would earn them opening slots with acts like Muse, Peaches, Wolfmother, the Vaccines, and Red Hot Chili Peppers.

In the spring of 2013, the self-professed Valley Girls released a four-song EP, Get Deap!, produced by Lars Stalfors (Matt and Kim, the Mars Volta, Cold War Kids). Their full-length debut, Sistrionix, arrived that same year and was also produced by Stalfors. Their sophomore effort Femejism was issued three years later. Produced by Nick Zinner (Yeah Yeah Yeahs), the album restrained some of the crunch assault of their debut, showcasing a side of Troy that reflected vocal influences like Karen O, Courtney Barnett, and Chrissie Hynde.