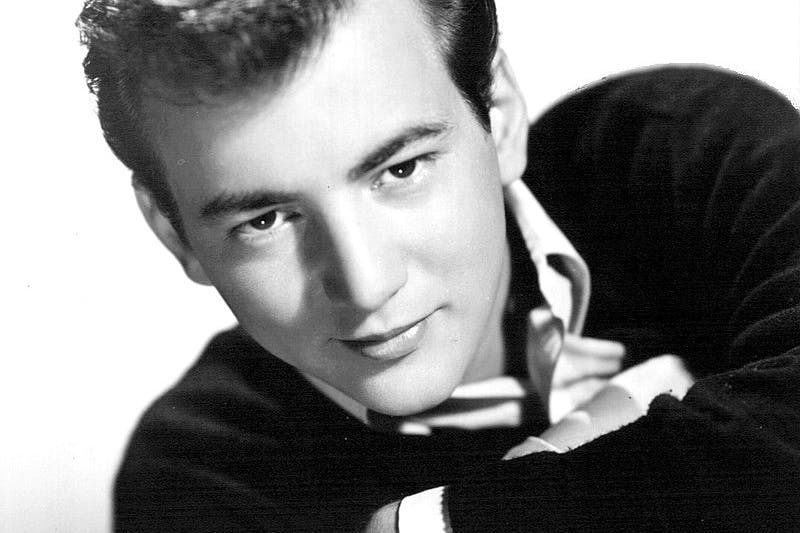 He started his career as a songwriter for Connie Francis. He recorded his first million-selling single, “Splish Splash,” in 1958. That was followed by “Dream Lover,” “Mack the Knife,” and “Beyond the Sea,” which brought him worldwide fame. In 1962 he won a Golden Globe Award for his first film, Come September, co-starring his first wife, Sandra Dee.

During the 1960s, he became more politically active and worked on Robert F. Kennedy’s Democratic presidential campaign. He was present on the night of June 4/5, 1968, at the Ambassador Hotel in Los Angeles at the time of Kennedy’s assassination. During the same year, he discovered he had been raised by his grandmother, not his mother, and that the woman he thought was his sister was actually his mother. Those events deeply affected Darin and sent him into a long period of seclusion.

Although he made a successful comeback (in television) his health was beginning to fail, as he had always expected, following bouts of rheumatic fever in childhood. The knowledge of his vulnerability had always spurred him on to use his musical talent while still young. He died at the age of 37 after a heart operation in Los Angeles.