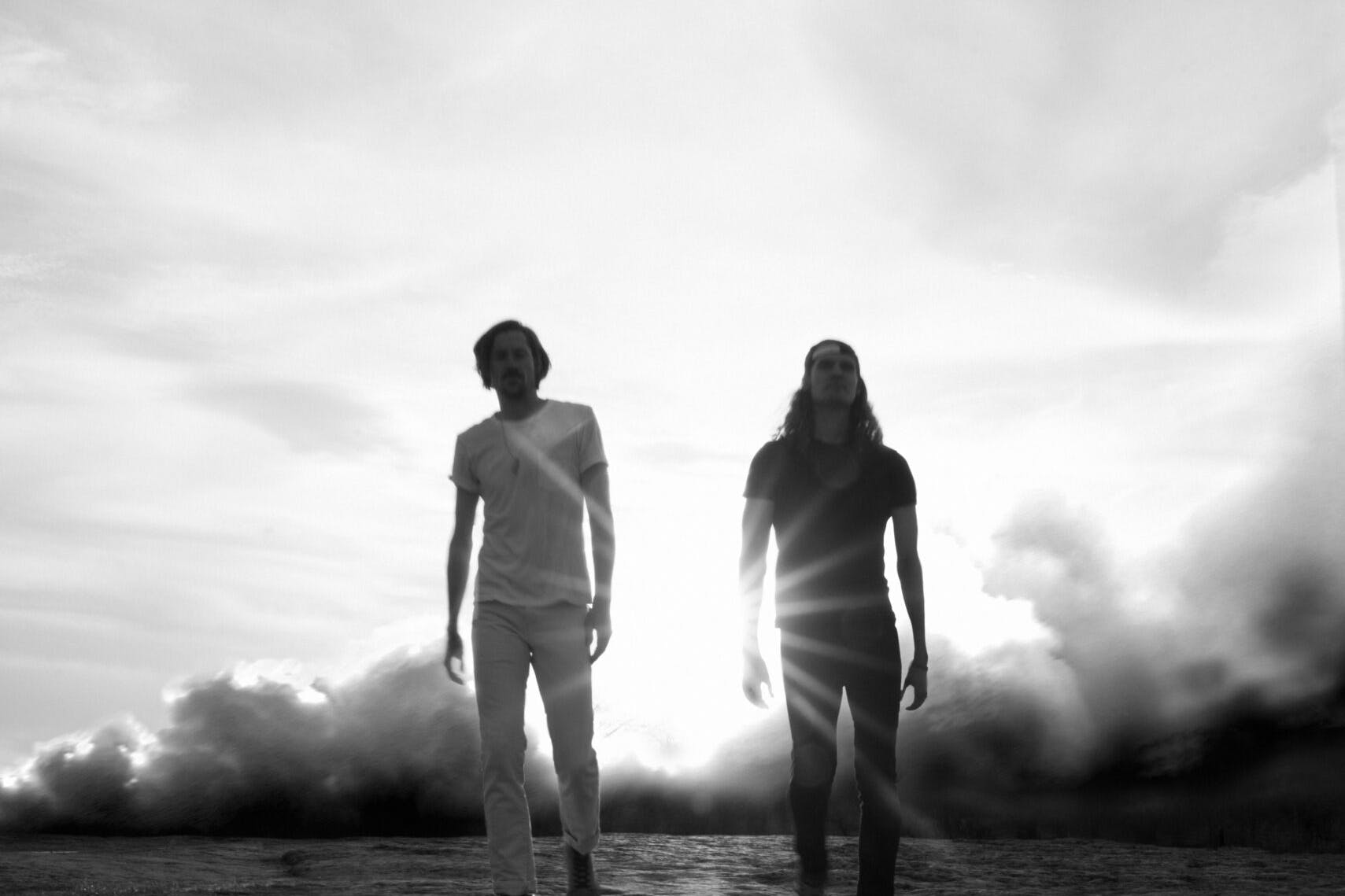 “Sleep on these guys at your own risk, because what they did to BMI on Friday afternoon was unholy… leaving a trail of scorched earth and melted minds.”
– Consequence of Sound, Lollapalooza 2015

Black Pistol Fire is a high-octane rock duo based out of Austin, Texas by way of Toronto, Canada; composed of Kevin McKeown on guitar/lead vocals and Eric Owen on drums. Drawing inspiration from blues, R&B and rock greats such as Led Zeppelin, Chuck Berry, Nirvana, Buddy Holly and Muddy Waters, BPF’s gritty and dynamic performances are fueled by undeniable musicianship. Dubbed the “next big thing” by Huffington Post after SXSW 2013, BPF has developed a reputation for their untamed live performances. Described as “Pure fire on stage”(Degenrefy), they quickly became festival veterans, having performanced at Lollapalooza, Austin City Limits, Bonnaroo, Sasquatch Music Festival, Shaky Knees and Governor’s Ball, among others (including international festivals such as Mad Cool and Colours of Ostrava). After Lollapalooza 2015, Yahoo Music described Black Pistol Fire as “a power duo that can almost match the power and intensity of the massive rock sounds of the likes of Led Zeppelin and Fleetwood Mac… in a breakout set.”

Lost Cause, BPF’s single from 2017’s Deadbeat Graffiti, was the number 1 Rock song of 2018 in Canada. Having spent 13 consecutive weeks at number 1 (BDS), while simultaneously having their other single, Bully, in the top 10 for several weeks.

Black Pistol Fire has shared the stage with acts like Gary Clark Jr, Weezer, Heart, Wolfmother, The Struts, Black Rebel Motorcycle Club, ZZ Ward, and Band of Skulls. Their signature sound has been featured throughout television and entertainment. Their single, “Show Pony” was featured in the Ted 2 official trailer, “Cry Hell” is featured on a longstanding Angry Orchard TV commercial campaign, “Hard Luck” was featured on Toyota’s Super Bowl 50 ad, and they performed their song “Blue Eye Commotion” in a national T-Mobile TV ad. Their music can also be heard in Madden ‘15 and Tony Hawk Pro Skater 5 video games and in numerous TV shows including Sons of Anarchy, Castle and About a Boy. “Black Pistol Fire… were, by far, the best band that played LouFest… This was the craziest I’ve seen any of the crowds at the festival… Drummer Eric Owen, shirtless and wrists wrapped, pounded the skins like he was summoning a devil. McKeown stomps so hard during his rough and intricate dirty blues, you thought he would make a hole in the stage… A must see.” – KDHX (St Louis), Loufest 2014