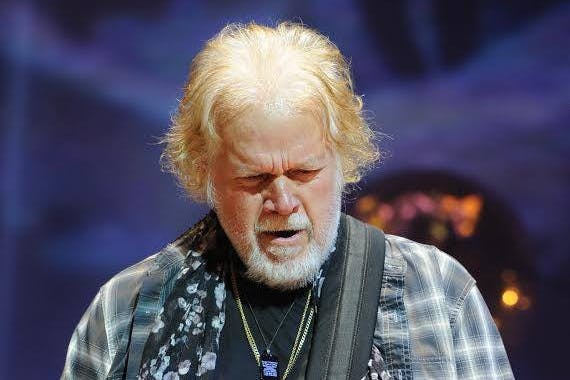 Passion, determination, dedication, focus, challenge. These qualities have remained consistent throughout Randy Bachman’s lengthy and remarkable career. He is a legendary figure in the music world through his talents as a guitarist, songwriter, performer, record producer and mentor. As founder of two formidable rock bands, The Guess Who and Bachman-Turner Overdrive, Randy has accrued over 120 platinum, gold and silver album/singles awards from around the world. His songwriting has garnered the coveted #1 spot on radio play lists in over 20 countries and his total record sales exceed 40 million albums and singles.

Randy’s music is a veritable soundtrack of the last forty years of popular music. “These Eyes”, “Laughing”, “Undun”, “No Time”, “American Woman” and “No Sugar Tonight” with The Guess Who all resonate with the Bachman touch. Between 1969 and 1970, The Guess Who sold more records than the entire Canadian music industry combined with the Bachman-Cummings songwriting team becoming the most celebrated partnership in Canadian music to that point. The Guess Who brought Randy’s music to North America.

He followed that with “Let it Ride”, “Roll on Down The Highway”, “Takin’ Care of Business”, “Looking Out For #1”, “Hey You” and “You Ain’t Seen Nothin’ Yet” with Bachman-Turner Overdrive, taking his name and hit-making abilities worldwide. In 1974, BTO was the biggest-selling recording act in popular music.

Randy also stands in rarified air as a member of a very exclusive handful of artists who have topped the charts in two different bands: “American Woman” (co-written by Randy) with The Guess Who and “You Ain’t Seen Nothing Yet” (composed wholly by Randy) as leader and singer with Bachman-Turner Overdrive. In addition, “No Sugar Tonight”, written by Randy, was a double A-sided #1 hit paired with “American Woman”.

Randy’s songs have been recorded by a wide spectrum of artists including Lenny Kravitz’ version of “American Woman” which topped the charts 29 years after the original, as well as appearing on television and movie soundtracks including Seinfeld, The Simpsons, American Beauty, and Austin Powers 2. He has been animated on the SIMPSONS and is listed in the Guinness Book of Worlds Records.

Randy Bachman’s name is synonymous with the guitar. The instrument is an extension of who he is and he is rarely far away from a guitar. His playing has earned the respect and admiration of the finest guitar practitioners, many of whom have sought him out both as a kindred spirit and collaborator. Since first picking up the instrument in his teen years in Winnipeg, Canada and teaching himself to play, the guitar has been Randy’s first love. He was fortunate early on to be mentored by one of the greatest guitar players of all time, the legendary Lenny Breau. Those tutorials from Breau served Randy well allowing him to develop a versatility that is the envy of his contemporaries.

In 2006, Randy paid tribute his mentor by recording his acclaimed Jazz Thing album which, through digital technology, allowed Randy to duet with hero. To honour Lenny Breau’s legacy, Randy founded Guitarchives Records whose goal has been to rescue and release otherwise lost Breau recordings.

Randy’s career has been built on his indomitable drive and dedication to music. Never content to rest on his stellar laurels, Randy has consistently reinvented himself. He has released albums, in a variety of genres and styles throughout his career, from hard rock to blues, country, and jazz.

As host of the top-rated CBC and Sirius XM radio program Randy Bachman’s Vinyl Tap, Randy’s listeners each week worldwide number in the millions. He can also add best-selling author to his numerous list of accomplishments, having penned both Vinyl Tap Stories and Tales From Beyond The Tap.

Randy lived out the dream of a million Beatle fans, himself included, when he was invited to join Ringo Starr’s All-Starr Band for their summer 1995 tour. Despite a cast of rock music legends, Randy brought the house down night after night with the one-two punch of “You Ain’t Seen Nothin’ Yet” and “Takin’ Care of Business”.

The release of the acclaimed full length documentary film Bachman, written and directed by award-winning director John Barnard, brings the oft described architect of Canadian rock ‘n’ roll’s story full circle with an insightful retrospective of his many remarkable career milestones while continuing to look forward to what is still ahead.

Though his music industry awards include dozens of coveted acknowledgments and celebrated achievements, when asked which award is most prized, Randy responds, “The one I haven’t got yet.”