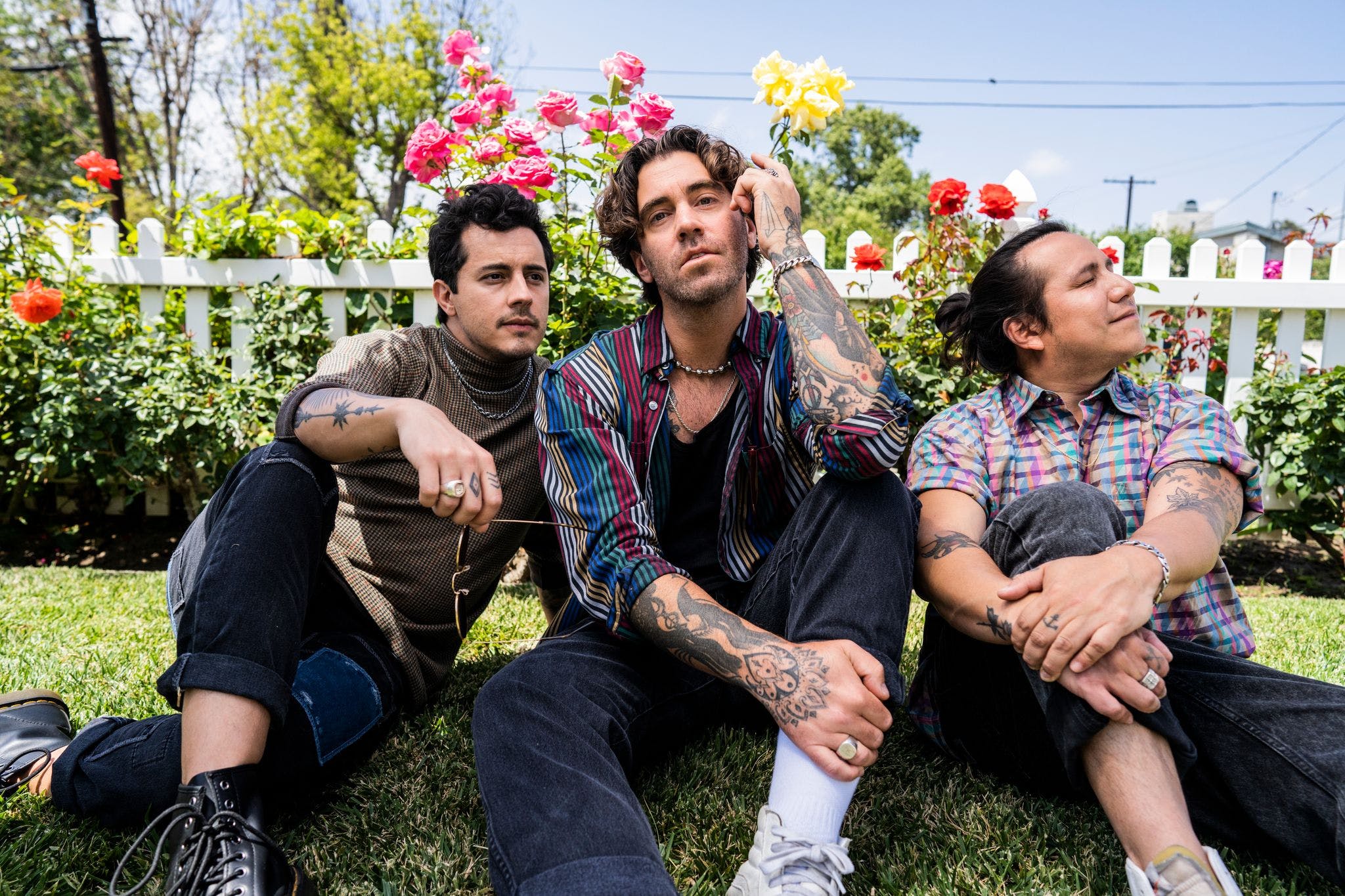 By taking control of our destiny, we fulfill our purpose. After amassing 1 billion-plus streams, picking up multiplatinum and gold plaques, and selling out shows everywhere, American Authors grabbed the reins and assumed dominion over their future in 2021. The pop rock trio—Zac Barnett [lead vocals, guitar], Dave Rublin [bass, keys], and Matt Sanchez [drums]—embraced newfound independence. Marking a series of firsts, they not only went independent, but began producing music top-to-bottom for the first time.

By doing so, they delivered their most pure, poignant, and powerful batch of tunes just yet.

“Producing and writing ourselves allowed us to look at our journey so far and say, ‘Okay, this is where we’ve been. This is what we need to be doing now’,” Zac proclaims. “We were creating what we feel is the most genuine sound, especially for us at the moment. We kept this round of music super up-tempo and fun. Our lyrics have always been positive. We brought that theme back in a fun way with modern production. It’s the most ‘American Authors’ we’ve been in a long time.”

Since forming at Berklee College of Music in Boston during 2006, American Authors have become embedded in both popular music and culture. After grinding it out independently, they dropped their debut album, Oh, What A Life, in 2014 on Island Records. It eventually went gold and yielded the triple-platinum anthem “Best Day of My Life.” It not only soared to #11 on the Billboard Hot 100, but it also became ubiquitous across film, television, video games, and sports. To date, they’ve landed over 600 syncs and counting. 2016’s What We Live For housed the Top 20 hit “Go Big or Go Home.” In 2019, their third full-length, Seasons, picked up widespread acclaim. Earmilk raved, “Each track on the album is an energetic anthem of raw raspy rock bursting with heart and soul,” and Unclear Magazine attested, “This album lights the fire for a much more relatable listen that forces audiences to think about their own experiences in a new way.”

In addition to headlining, they hit the road alongside the likes of Andy Grammer, OAR, OneRepublic, The Revivalists, and The Fray and graced the bills of festivals such as Lollapalooza, Firefly Music Festival, BottleRock Napa Valley, Reading & Leeds Festivals, and Warped Tour. 2020 marked various changes. Finishing up their tenure in the major label system, the band went independent. They also reconfigured as a trio and unlocked a different level of inspiration.

“There’s a whole new energy we haven’t really felt in a long time,” Zac admits. “We’ve not only written some of the best songs we’ve ever written, but we also feel like the music is the truest manifestation of the sound of American Authors. Whether it’s for the group or on solo projects, we’ve been working together on everything. It brings us back to what the band is supposed to be, which is a group of friends having fun.”

That spirit carries over to the single “Nice & Easy” [feat. Mark McGrath of Sugar Ray]. Entirely crafted by American Authors, it kicks off this chapter with boisterous horn-powered production, handclaps, and sunny lyrics. Zac trades verses with McGrath before the chantable chorus rings out with the ultimate upbeat mantra, “I’m gonna kick back, just relax, enjoy the summer breeze and slow it down just for now, take it nice and easy.”

“Since we made it 100% ourselves, it’s completely American Authors,” grins Zac. “Last year was tough, so the general vibe is we’ve got to get back to basics, go one step at a time, not stress too much when we’re moving forward, take things as they come, and ease back into life. We’re super big fans of Mark and grew up listening to him.  We got to work on the song face-to-face, and he’s literally the nicest and most energetic person.”

In the end, American Authors are doing exactly what they were always meant to.

“When you listen to us, the goal is for you to leave feeling hopeful and in a better mood,” he leaves off. “The main thing we want is for you to go out and have fun. After the past year, I can see how much this band represents friendship, compassion, and good vibes all around. It’s a message of hope, man.”