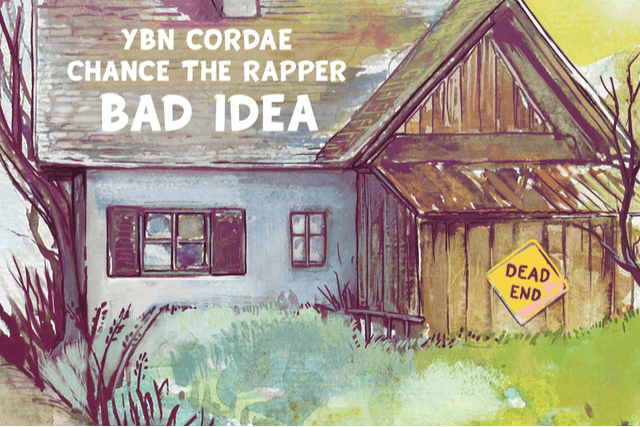 YBN Cordae has been dripping out content that’s presumably set to appear on his upcoming album, The Lost Boy, over the past several months, and yesterday he unveiled his new Chance the Rapper collaboration, “Bad Idea.” The song is produced by Bongo, and is centered around a repeated line on the chorus that will likely sound familiar to many rap fans.

On the track, Cordae references a ‘70s Gil Scott-Heron song, which Genius contributor RDilla13 breaks down in an annotation:

YBN Cordae references poet Gil Scott-Heron’s 1971 record, “Home Is Where the Hatred Is.” On that track, Scott-Heron sings:

The song, which deals with issues including homelessness and hopelessness, is also sampled on “My Way Home” by Kanye West’s 2005 album Late Registration.

Kanye and Common’s track samples the exact same lines that Cordae references on “Bad Idea,” just one of several examples of Kanye borrowing from Scott-Heron’s work. His 2010 track, “Who Will Survive In America,” is an abridged version of the poet’s “Comment #1,” and 2007’s “Flashing Lights” samples “On Coming From a Broken Home (Pt. 2).”

J. Cole would later rap over Kanye’s beat on “Homecoming,” a cut off his debut mixtape, The Come-Up.

Gil Scott-Heron is often cited as a “Godfather” of hip-hop. Although he wasn’t technically a rapper, the outspoken political message of his poetry coupled with his use of jazz and soul sounds helped lay the groundwork for the emergence of hip-hop in the 1970s. His work is frequently sampled in rap music, from conscious rappers like Common and Nas to newer artists including Travis Scott and Drake. WhoSampled lists nearly 350 examples of Scott-Heron samples.

Cordae considers himself something of a hip-hop traditionalist. He paid tribute to JAY-Z’s “Girls, Girls, Girls” with “Locationships” earlier this year and has repeatedly discussed the need to bridge generational gaps in the rap community.

“At like 10 years old, my pops put me on to Nas, Jay-Z, Big L, and Eric B & Rakim. And of course he would play us Tupac and Biggie in the car,” he told Complex last year. “I would love it so much that I would go and do my own research. I would go home and YouTube more shit and look it up and listen to that stuff all the time.”

Watch the music video below and read all the lyrics to YBN Cordae’s “Bad Idea” featuring Chance the Rapper and Gil Scott-Heron’s “Home Is Where the Hatred Is” on Genius now.