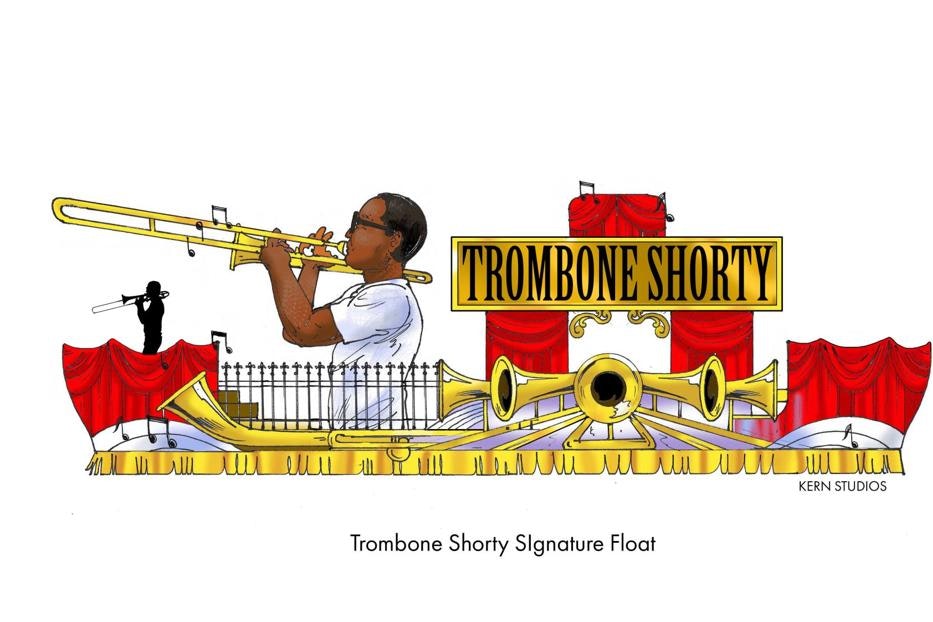 Ever since reviving the historic Freret name for a new parade in 2010, krewe captain Bobby Hjortsberg and fellow Loyola University alumni have wanted to pair the parade with a major music festival.

This year, they will, with help from Trombone Shorty — the real one as well as a larger-than-life facsimile.

On Saturday, Troy “Trombone Shorty” Andrews will ride in the Krewe of Freret aboard a customized float featuring a giant prop likeness of him, complete with animatronic trombone.

Andrews and the rest of the parade will then roll into Mardi Gras World for the inaugural Shorty Gras. Trombone Shorty & Orleans Avenue headline a diverse, top-tier local lineup that Andrews helped curate.

An affinity for live music is built into the reborn Freret, in part because of some krewe members’ affiliation with Huka Entertainment, which launched the Hangout Festival in Gulf Shores, Alabama.

The theme of this year’s Freret parade is “The Music of New Orleans.” Floats will honor such icons as Dr. John, Al Hirt, Professor Longhair and Louis Armstrong, as well as Jimi Hendrix and Elvis Presley (who performed in New Orleans).

Boyfriend, known for her signature curlers and oversized eyeglasses, will ride aboard her own signature float en route to her show at Shorty Gras.

In another musical connection, members of Krewe du Kanaval, the hybrid Haitian/New Orleans Carnival organization founded by Preservation Hall’s Ben Jaffe and Arcade Fire’s Win Butler and Regine Chassagne, will march and ride in Freret on Saturday, after staging their own ball Friday at the Mahalia Jackson Theater.

The Freret parade that will roll along the traditional Uptown route is both upgraded and expanded. Between 500 and 600 riders, the most in the 10-year-old krewe’s history, will be aboard 19 floats. All floats except those bearing the krewe’s royalty are new.

Freret has previously presented small musical events, including a concert on Freret Street with Dumpstaphunk and the annual “Summer Strut” at Gasa Gasa.

To step up to the next level both as a parade and a music festival, Freret needed a partner. They found one in Barry Kern, president and CEO of Kern Studios and Mardi Gras World.

A relationship was already in place, as Kern Studios has built Freret’s floats since 2010. To help Freret stage Shorty Gras, Kern formed KG Productions with his friend and fellow Tulane alumnus Rob Goldstein. Goldstein, whose father was friends with Kern’s father, float-building legend Blaine Kern, is a St. Louis-based businessman whose résumé ranges from scrap metal recycling to riverboat gaming.

But he’s also a fan of jazz, New Orleans, the New Orleans Jazz & Heritage Festival and Mardi Gras. Being involved with Freret and a New Orleans-centric music festival is very much in his wheelhouse.

For Kern, the larger goal beyond Shorty Gras itself is to make the first major weekend of the Carnival season as much of a draw as the second, a goal that local hotel operators and restaurateurs share.

“And ending the parade at Mardi Gras World, where riders can get off the floats and go into the show like Endymion, Bacchus and Orpheus riders do, is another twist.”

For his part, Hjortsberg is happy for Freret to help give a boost to Carnival’s first weekend.

“We think it has the power to do that,” he said. “We have a parade that is the same caliber as the second weekend, and a music festival that can hang with anybody’s.”

The hope is that Trombone Shorty becomes as synonymous with Freret as Harry Connick Jr. is with Orpheus.

“The idea of having a musician be identified with a big krewe — Harry Connick Jr. did that,” Kern said. “Pictures of the Shorty prop coming down the street with Troy in front will be in newspapers all over the world. It’s great for him, great for Carnival and great for New Orleans.” 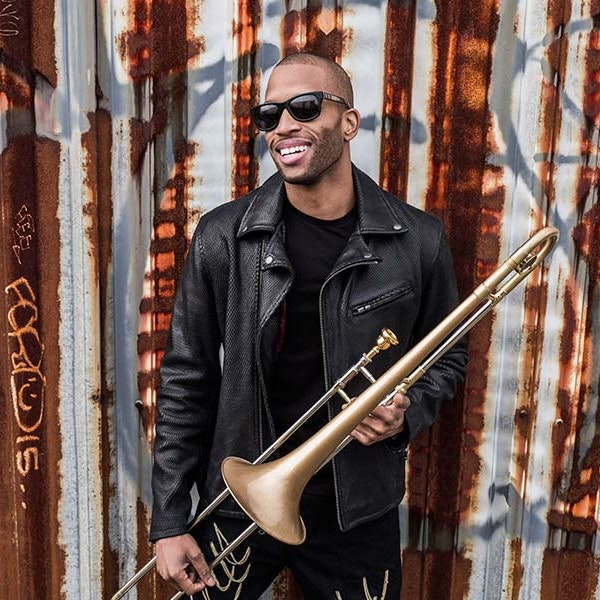