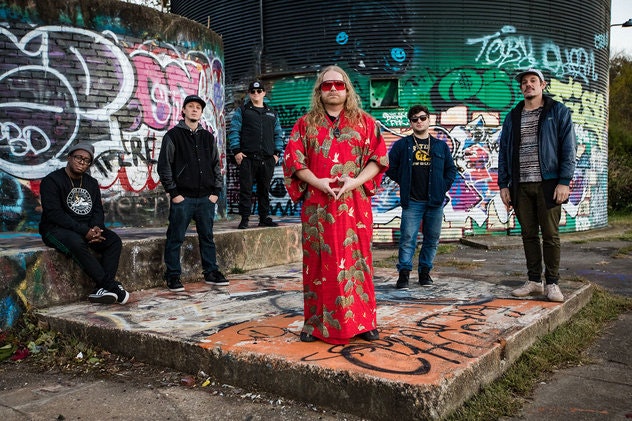 Gratitude for the Grind: Lettuce’s Erick Coomes & The Power of Positivity

The longtime touring artist and studio musician for Dr. Dre and DJ Quik is more stoked than ever to be making music he loves.

Erick Coomes wasn’t give the nickname Jesus until he was in his 20s, although looking back, it does seems like his parents might have inadvertently set in motion his unusually prescient moniker.

“When you’re Erick, no one ever calls you Erick, and since I never did anything bad, my nickname in the studio became Jesus” the front man for longtime touring funk, acid jazz and jam collective Lettuce explains. It’s a nickname he embraces but admits is a bit complicated considering the Christian community he grew up in and his generally humble nature.

“Jesus. I mean that is not an easy name to live up to, but Erick pulls it off, in a way that feels natural and right,” said Peter Shapiro with the Brooklyn Bowl and Lockn’ Fest, where Lettuce rocked an incredible set with Dead and Company in 2018 playing tribute to the Jerry Garcia Band.

“He’s got this way of dropping his bass lines with subtle but hypnotic body movements that make you want to dance,” Shapiro tells Billboard of Coomes, a rare “road warrior” who looks back at three decades spent on the road and doesn’t count the years he’s lost.

Coomes is a native of Los Angeles, where it’s cliche to describe oneself as spiritual but not religious, but Coomes genuinely lives in this adjacent dichotomy. He’s traveled the world and generally prefers universalism over dogmatic teaching, but he also embraces his roots and idolizes his father (and best friend) Tommy Coomes, widely recognized as a pioneer of Christian Rock. If anything, Erick embraces the good parts of religion, but avoids “the baggage.” He’s not religious, per say, but he’s quick to specify “I pray to Jesus all the time.”

It would all be strange if it wasn’t such a common (and healthy) view of religion embraced by a generation of people who don’t quite know how to talk about their beliefs and contextualize their own life experiences. And besides, he didn’t create the Jesus nickname….it came from legendary Compton rapper and producer DJ Quik.

How that came to pass is not totally clear, but it was Quik who first hired Coomes to work as a studio musician and picked up on the fact that “dude with the beard and long hair straight up looks like Jesus,” Coomes jokes while hanging out at a cafe overlooking the ocean inside his art deco apartment in Long Beach, his home base that’s equal distance from his favorite beach in Laguna and LA’s thriving studio scene.

“No matter how long my day has been, when my phone rings and it says Jesus, I just get the biggest smile on my face,” Lettuce’s agent Josh Knight tells Billboard. “It takes a pretty special guy to make everyone he encounters grin from ear to ear. That energy carries over on stage too and the crowd feeds off of it and he feeds off them.”

He’s in state about half the year, the other half constantly touring as the front man of Lettuce and seeking out beauty and comfort in new places, like the caverns of Pellham, Tennessee, where he wrapped his September tour trying to squeeze every authentic moment out of the journey.

“I’m always the last to leave the show, the caves were amazing and i didn’t want to miss something,” he explains, acknowledging that he’ll back on the road for another month starting Nov. 6 at George’s Majestic Lounge in Fayetteville, Arkansas to tour the East Coast and Midwest before returning home for a break in December and then hitting the road again in January, playing North America and then Europe.

The music industry has never really known quite how to categorize Coomes or Lettuce, formed with fellow music students at Berklee College in Boston in 1992. Coomes doesn’t mind existing outside the confines of any one genre, with musical tastes influenced by the rap and hip hop sounds that would blast out of cars along LA’s Imperial highway and the hymns and gospel choirs that could be heard across the Southland every Sunday.

Coomes has been embedded in the Los Angeles rap and neo-soul scene since the early 2000s, jamming and recording with artists like Talib Kweli, Anthony Hamilton and Dr Dre. Coomes performed on multiple tracks for Kanye West’s debut album The College Dropout and spent a month recording with The Game and Wiz Khalifa.

“I knew Wiz had finally arrived at the studio cause his little dog walked in first wearing $50,000 worth of jewelry,” Coomes jokes.

From birth to age 11, Coomes was known as “Boogie,” growing up in the music industry, later becoming a student of legendary sessions musician and jazz bassist John Patitucci and always present in father’s recording studio.

“My dad basically invented Jesus music,” he joked of his father, who founded and performed in Love Song, one of the first Christian rock bands in the U.S. Tommy Coomes later transitioned to a producer and was a major music force in Southern California’s often overlooked evangelical communities, working with famous preachers like Billy Graham and Greg Laurie with Harvest Christian Fellowship.

“(My parents) were hippies and came out of the sixties looking to ground themselves and grow a family — kinda spacing out and being part of this Southern California version of Christianity,” he said. “It was a hippy, ‘Jesus loves you’ vibe. It was the good life and we learned about Jesus and Gandhi and leading with love and acceptance.”

To this day, he says his father is one of his best friends and an important supporter and role model.

“My dad is basically on the most uplifting vibe all the time. Hanging out with him has made me who I am,” he says. “The energy that we’re putting out from stage through the music is exactly the same message he’s putting out with acceptance and love.”

Today four members of the 1992 Lettuce lineup are still with band — drummer Adam Deitch, guitarist Adam “Shmeeans” Smirnoff, saxophone player Ryan Zoidis and Coomes. Trumpeter Eric “Benny” Bloom joined Lettuce in 2011 and vocalist and keyboardist Nigel Hall joined in 2006. Lettuce is represented by Josh Knight at Paradigm and managed by Ivory Daniel at Regime 72 and Coomes credits a number of longtime friends for their success in music including Paradigm’s Ron Kaplan and promoter Scott Morrill from AEG Rocky Mountains.

In June, Lettuce released their seventh studio album Elevate, recorded at Colorado Sound Studios in Denver and mixed in Tornillo, Texas inside Sonic Ranch Studios’ Adobe Bungalow.Elevate marks the first time the band has recorded with famed producer Russ Elevado whose has worked with D’angelo, Erykah Badu, The Roots.

“Russ is adamant about not using fake effects and digital tricks. It’s music in pure form that you feel all over your body,” Coomes said, noting the title Elevate is a nod to Elevado, who skipped computer-generated effects and ran isolated sounds (like grouped vocals) through objects like an organ amplifier connected to a Leslie speaker. While the Leslie is spinning, he then puts a microphone near the speaker and records it again.

“He metaphorically took the physical sound out of the box, had it walk all the way around the room, have a conversation with us, drink a glass of wine and then it goes back into the recording,” Coomes jokes. “And he does that for every sound we want to effect, putting a saxophone through a guitar amp, or pulling out the bass and putting that through an envelope pedal. It’s the difference between making music that will stand the test of time and music that in 10 years you’ll listen to and go, ‘Why did we think that was cool?’”

Coomes said that when the band wasn’t mixing, they were blasting Jimi Hendrix’s Axis: Bold As Love’s studio monitors for inspiration. The 11 tracks that make up Elevate pay homage to the Coomes’s musical evolution, with the airy rhythmic track “Krewe” paying tribute to the break dance crews of 1980s Los Angeles.

Elevate’s lone special guest is baby-faced Southern blues rocker Marcus King for the track “Love is Too Strong.” Elevate includes a couple longtime favorites the band had wanted to record, including a Go Go cover of Tears for Fears “Everybody Wants to Rule the World” and the track “Larimar” which came from an impromptu jam session in the Dominican Republic that one of the band members captured on an iPhone.

“There’s something special that happens when a song comes out of an actual jam. I love that because it’s based on a moment that will never be repeated,” Coomes says. “That’s the mystery of music — to get things to start where the heartbeat of the song is born. That real moment of spontaneity and group improvisation creates an energy that you can feel every time you play the song , and the listener and musician can both feel that together. “ 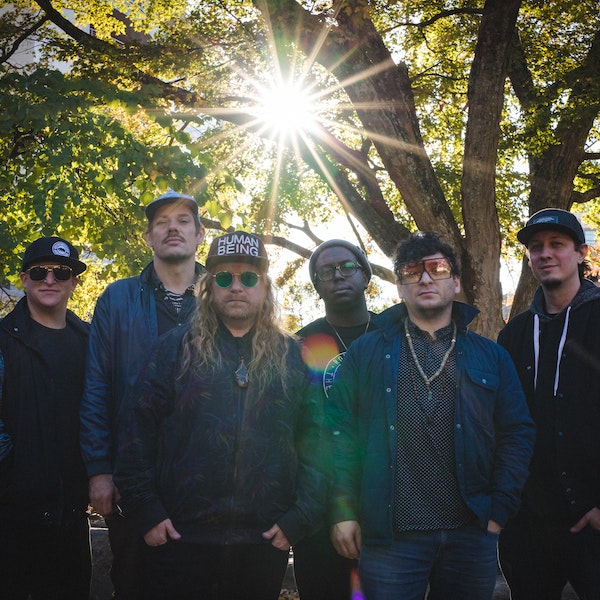