These days, the industry standard for popular radio songs is created by programmers—not songwriters—who create loops, grooves, and sound beds, then they bring in top liners to create lyrics and vocal melody. Dan Call completely flipped this concept upside down on upcoming, debut EP Intoxicating, out Feb. 7. (pre-order)

“Instead of a true collaboration between writers, the top liner writes to a sound bed they have no creative control over in the hopes that they strike gold,” Call tells American Songwriter. “Though creating income for some, that process has resulted into 99 percent of what you currently hear at radio sounding homogenized, plastic, and numbingly similar from song to song.”

For Intoxicating, Call took things—his music—into his own hands. He wanted the programmers to create around the songs he had, rather than the other way around. A radical idea, Calls says it that didn’t go over too well when he first approached pop producers and programmers already set in their ways. “Sounds weird,” and “I don’t get it,” were some of the reactions he received. Then, Calls says, the question was could this even be done?

“I flipped it around, writing completed songs and then had the programmer/producer work to it,” he says. “Up until the last 10 years, the majority of popular music songwriting was done by writers who, with a guitar or keyboard, organically created chords, lyrics, and melody. Since 2010 (with my band The Villains), I’ve written and co-wrote multiple… singles in exactly this same fashion. [That’s] not an easy feat for a rock band considering our current pop-dominated radio landscape.”

Call used this formula on Intoxicating and wanted something unique from The Villains’ rock that would stand on its own. Layered in electro-pop, Intoxicating feeds off some chunky synth, funk guitar, and dance floor beats. “I’ve aways loved great pop-rock bands and artists, especially ’80s stuff like INXS and Duran Duran,” says Call. “I decided to go in that direction using modern sounds and production, hoping for something in the end that would be classic, yet contemporary.”

Filled with jangling, dance-y guitar, “Intoxicating” sounds more like a pop throwback to 1980 rather than something out of 2020—and it works. The title track also kicked everything off to the EP when Call eventually connected with BSE Music’s Ryan Snow and Aaron Brutcher to work through his concept. Though a bit confused at first, both understood what he wanted to do and were willing to give it a shot.

“I sent them a demo of the song ‘Intoxicating’ and off they went,” says Call. “After much back and forth, the track started coming into focus and that’s when we knew we had something special—not just a great song but a fresh, new and hopefully groundbreaking approach to modern popular song creation.” 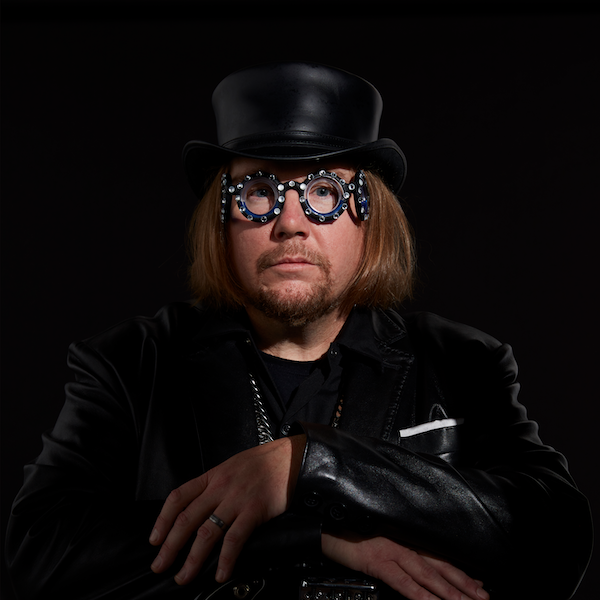