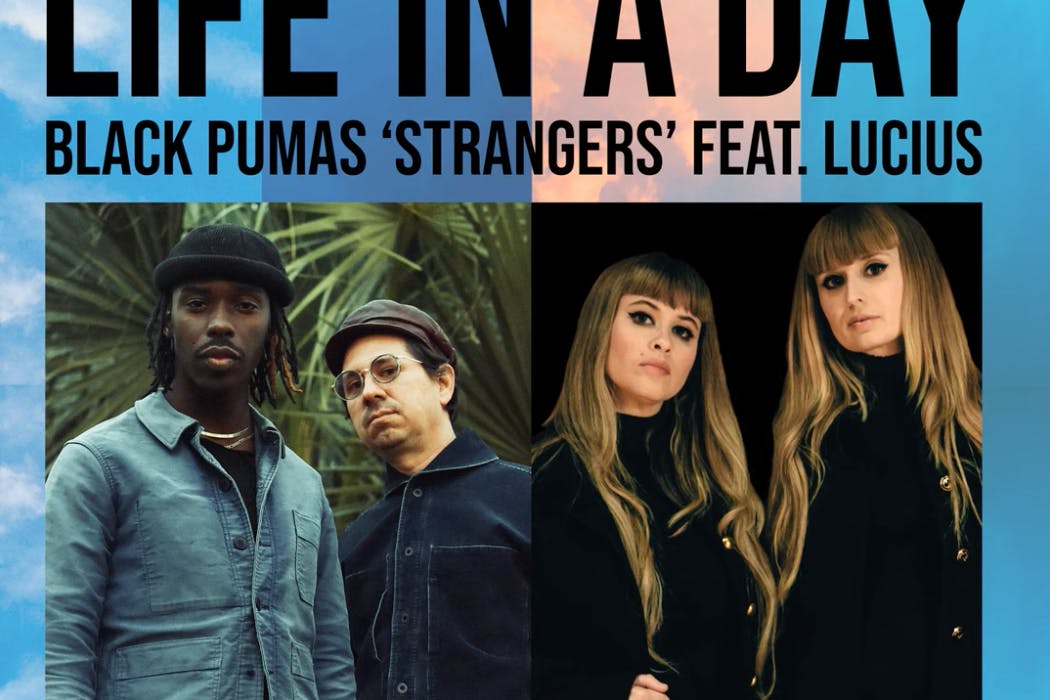 Black Pumas Team Up With Lucius to Cover the Kinks’ “Strangers”

“The song appears in the trailer for the upcoming documentary Life in a Day 2020, which will debut on CBS prior to the Super Bowl on February 7th. Lucius’ Jess Wolfe and Holly Laessig provide backing vocals to the Lola Versus Powerman track, while Eric Burton takes the lead. The musicians also released a video that goes behind the scenes of the recording.

“To me, ‘Strangers’ has a really interesting way of cutting through straight to the soul,” Burton said in a statement. “I had such a good time inhabiting this honest reflection on love lost and the triumph that is a resilient human spirit.”

Added producer Adrian Quesada: “I think this is one of the most thoughtful records I have ever done. We wanted to show the original ‘Strangers’ its due respect. We really tried to honor the song and its timeless lyrics. The Lucius vocals gave the song another dimension, and I only wish we could have recorded with them in person.”