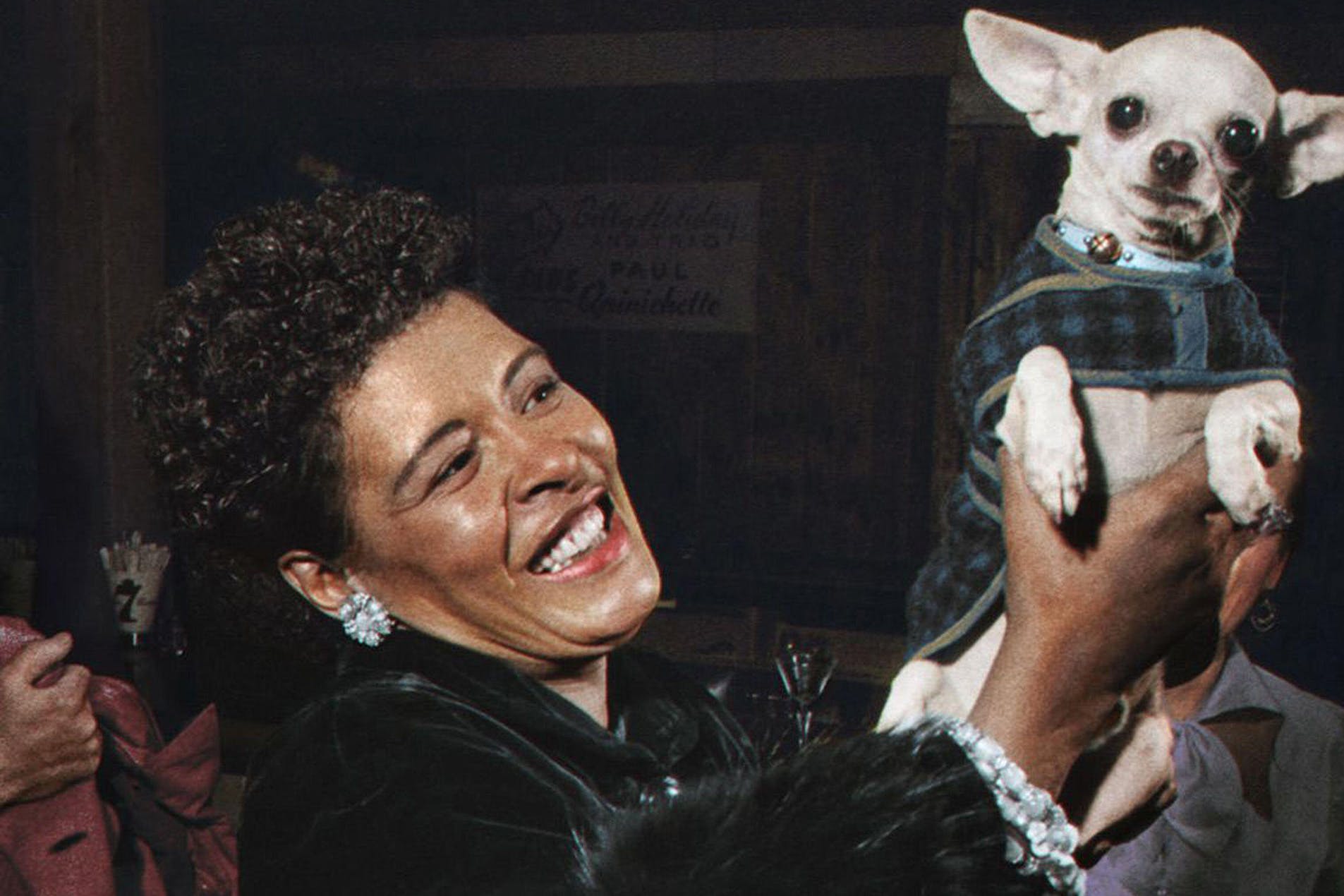 A Cadillac riddled with bullet holes; an ounce of heroin stuffed into a dog collar. Billie, a new documentary about the late jazz great Billie Holiday, is filled with arresting details about one of the most original musicians of all time. And yet, as is the case with so many previous attempts to capture this mercurial talent, her inner-workings remain just out of reach, dancing in the shadows of a Harlem nightclub.

This can hardly be held against director James Erskine, who has drawn from some rich and compelling source material gathered in the 1970s by the singer’s biographer Linda Lipnack Kuehl. Holiday, it seems, was simply unknowable – so deep and complicated that she cannot be shrunk down onto celluloid or in the pages of a book.

Born in Philadelphia in 1915, Billie Holiday was raised in poverty in Baltimore, where she ran errands in a brothel as a child, before moving to New York in 1928. She sang in clubs in Harlem and was soon spotted by impresario John Hammond, who introduced her to the big band leader Count Basie. He was the Count; she nicknamed Lady Day. As Holiday puts it with her trademark charm: “We were the Royal family.”

Holiday’s ascent – to the infamous Café Society nightclub in Greenwich Village; recording the astonishing ‘Strange Fruit’; huge chart success in the 1940s – and heartbreaking decline, heroin addiction and tragic death at the age of 44 in 1959, is here told through the prism of Kuehl’s unpublished biography. The journalist, who died in 1979, spent eight years compiling hours of interviews with Holiday’s associates, from Basie and Hammond to her family and childhood friends. The latter remember a sweary kid who, says one, “lived fast”.

Erskine has made the most of the prosaic ‘pan and zoom’ documentary format, combining Keuhl’s audio conversations with candid photos, archive interviews and stunning live footage. Kuehl, who loathed the image of Holiday as victim, wrote that her hero “did what she wanted to do – with a vengeance”.

Yet the documentary’s painful second half depicts a figure seemingly caught in the undertow by forces beyond her control: shot up by and on the run from drug enforcement officers; enabled by an unscrupulous lover who enlisted her beloved boxer dog Mister to smuggle her stash; clutching a bottle of vodka as she recorded her divisive final album, 1958’s ‘Lady In Satin’.

What drove Billie Holiday? She was raped as a child, says one friend, who suggests that this unspeakable trauma caused her self-destructiveness. It’s not a new revelation, but is freshly devastating in the context of a documentary that touches on what could have been – in later life, Holiday longed for domesticity and to provide a home for disadvantaged children. Instead, still in the grip of addiction, she died from heart failure with $750 to her name. Beyond the aforementioned theory, expressed only briefly, Billie never truly gets under its subject’s skin, leaving her motivation largely unexplored.

The nearest we get is when the musician herself, asked why so many jazz greats die young, replies: “We try to live 100 days in one day.” Billie Holiday lived so fast that few biographers appear able to keep with up her, but Erskine and Kuehl’s combined effort amounts to a long, loving look from a distance. And when your subject is as magnificent as Billie Holiday, that’s enough.