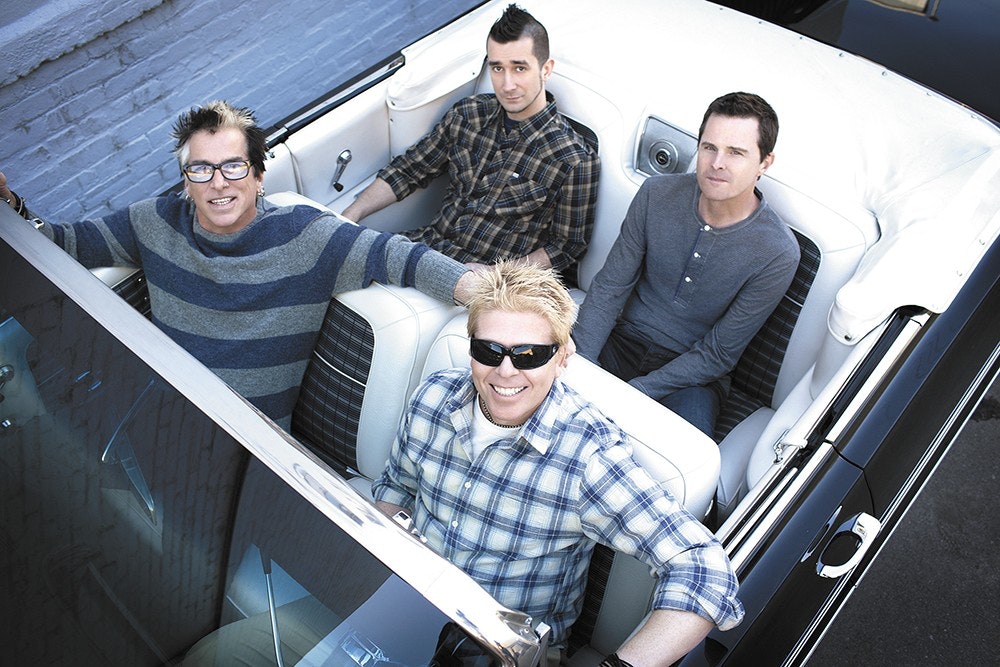 Dexter Holland (vocals, guitar), Noodles (guitar), Greg K (bass) and Pete Parada (drums) are The Offspring, one of rock’s most exciting and enduring bands. The Offspring have performed over 1100 shows across the globe and sold more than 40 million albums worldwide. Their 1994 release Smash remains the highest-selling album of all-time on an independent label. Among the band’s best-known hits are the rock anthems “Self Esteem,” “Come Out And Play (Keep ‘Em Separated),” “The Kids Aren’t Alright” and “You’re Gonna Go Far, Kid.”

The Offspring’s metal-inflected punk became a popular sensation in 1994, selling over four million albums on an independent record label. While the group’s credentials and approach follow the indie rock tradition of the ’80s, sonically The Offspring sound more like an edgy, hard-driving heavy metal band, with their precise, pulsing power chords and Dexter Holland’s vocals.   The Offspring released their self-titled debut album in 1989. Four years later, their second album, Ignition, became an underground hit, setting the stage for the across-the-board success of 1994’s Smash. The Nirvana sound-alike “Come Out and Play,” the first single from the album, became an MTV hit in the summer of 1994, which paved the way to radio success.

The Offspring were played on both alternative and album rock stations, confirming their broad-based appeal. “Self Esteem,” the second single, followed the same soft verse/loud chorus formula and stayed on the charts nearly twice as long as “Come Out and Play.” The group got offers from major labels, yet chose to stay with Epitaph. While they were able to play arenas in the U.S., their success didn’t translate in foreign countries. Nevertheless, the band’s popularity continued to grow in America, as “Gotta Get Away” became another radio/MTV hit in the beginning of 1995.

Following a prolonged bidding war and much soul-searching, The Offspring decided to leave Epitaph Records in 1996 for Columbia Records. The move was particularly controversial within the punk community, and many artists on the Epitaph roster.