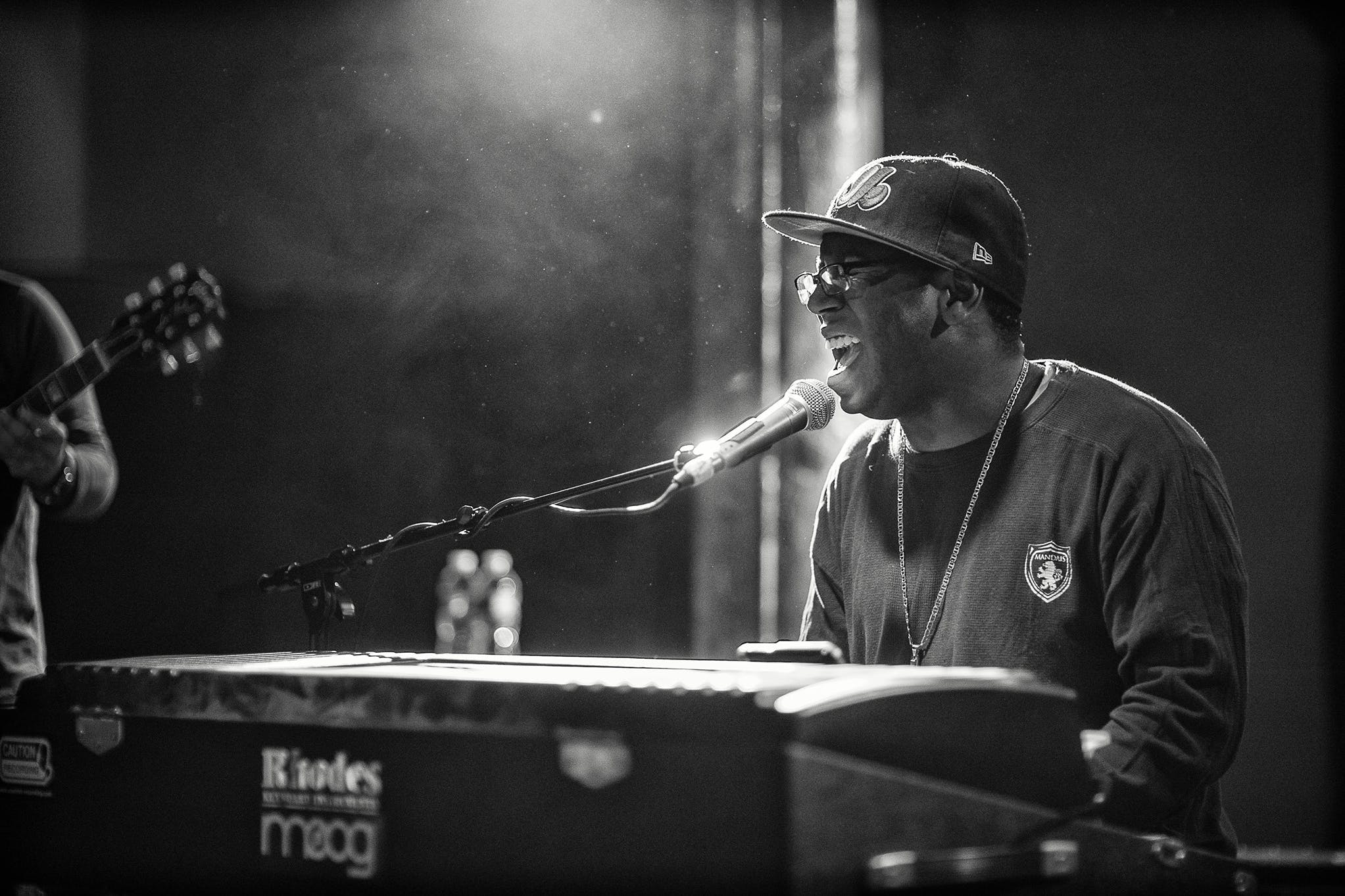 Soul provider Nigel Hall is in many ways an artist who needs no introduction. An in-demand sideman, he’s built a mighty foundation of funk over the years onstage and in the studio with collaborators including the Warren Haynes Band, Jon Cleary, Soulive, Oteil Burbridge and Roosevelt Collier, Ledisi, the Soul Rebels, Lettuce and countless others. Legions of fans are already well in the know about Hall’s copious keyboard chops and powerful vocal style. But even to them, his Feel Music/Round Hill debut solo album will be a revelation – a confirmation that Hall has stepped out front and center into a creative space to call his own.

“Ladies & Gentlemen… Nigel Hall,” due out in digital format November 13th and vinyl November 27, captures the spirit of the songs that made Hall a musician. It was produced by Eric Krasno, guitarist and producer of music by a dizzying array of artists including Norah Jones, Justin Timberlake, Talib Kweli, Aaron Neville and Matisyahu. Hall’s original compositions, from the blissful, sunny ‘60s-style soul grooves of lead single “Gimme A Sign” and “Never Gonna Let You Go” to the teasing, R&B kiss of downtempo cuts like “Too Sweet” and “Call on Me” to show off a record collector’s pitch-perfect knowledge and a lifelong fan’s passion for gritty, muscular rhythm and blues, funky dancefloor rave-ups and sultry bedroom serenades.

Nigel Hall grew up in Washington, D.C., in a highly musical family. His fingers first touched the keys before he hit kindergarten age, and his ears were wide open.

“I grew up with records,” he said. “That’s why I’m obsessed. My father had a vast collection. I’d be in third grade with my Walkman and everyone’s listening to Ace of Bass, and I’m listening to “Return to Forever,” Chick Corea’s fusion project with Stanley Clarke. The vintage sounds of “Ladies & Gentlemen… Nigel Hall,” infused with his electric freshness, together make both an audible autobiography and Nigel Hall’s musical mission statement.

Cover choices including Ramp’s “Try, Try, Try,” written by Roy Ayers, Ann Peebles’ “I Can’t Stand The Rain,” and Latimore’s “Let’s Straighten It Out” – deep album cuts from the back pages of golden-age R&B – reveal a true student of the sound. Most of the songs on “Ladies & Gentlemen… Nigel Hall” were cut in one take, straight from Hall’s spirit to tape. It’s a loving, detailed, sure-handed scrapbook of American soul influence that tugs your heart and moves your hips.

“Music is our way of traveling through time,” he said. His cover of Stanley Clarke’s “I Just Want To Love You,” for example, newly recorded as a turn-the-clock-back, Motown-infused duet with intensely soulful vocalist Alecia Chakour, was originally released the year Hall was born, in 1981.

Nigel Hall is also a relatively new resident of one of America’s most sonically significant cities, a place that has always respected the power of history. Since relocating to New Orleans in late 2013, Nigel Hall has been embraced by its world-renowned music community. In early 2014, a feature in its premier music-focused magazine, Offbeat, enthusiastically welcomed Hall as “a perfect fit” for the vibrant city and its singular culture. The Times-Picayune’s review of his solo debut at the New Orleans Jazz and Heritage Festival the same year crowned him with a comparison to Southern funk godfather Art Neville.

“It’s the best decision I ever made for myself in my life and musically,” Hall said of the move. “I’m surrounded by the most amazing, incredible musicians in the world at all times. The big picture, the sincerity is very present here at all times. It’s a breath of fresh air. Everybody’s in the vibe. Everybody’s feeling something.”

You can feel it on “Ladies & Gentlemen… Nigel Hall,” particularly on the slinky, nasty, Meters-style funk of “Don’t Change for Me.” But Hall’s recent past is present, too; his Lettuce co-conspirator Eric Krasno shares writing credit on several of the original tracks, and longtime jamband collaborators like sax man Ryan Zoidis and drummer Adam Deitch, of Lettuce and Soulive, lend their talents. So does fellow crate-digger Ahmir “?uestlove” Thompson, who guests on a cover of the Isley Brothers’ “Lay Away” along with former Rolling Stones sideman Ivan Neville.

“I like to sing songs that reflect my being and who I am as a person,” he said.

“Because that really touches me. When you hear a song and it makes you cry, or it makes you happy or it evokes any kind of feeling, that is music. That is what music is supposed to do. And music is the last pure thing we have left on this earth. It’s the only pure thing.”