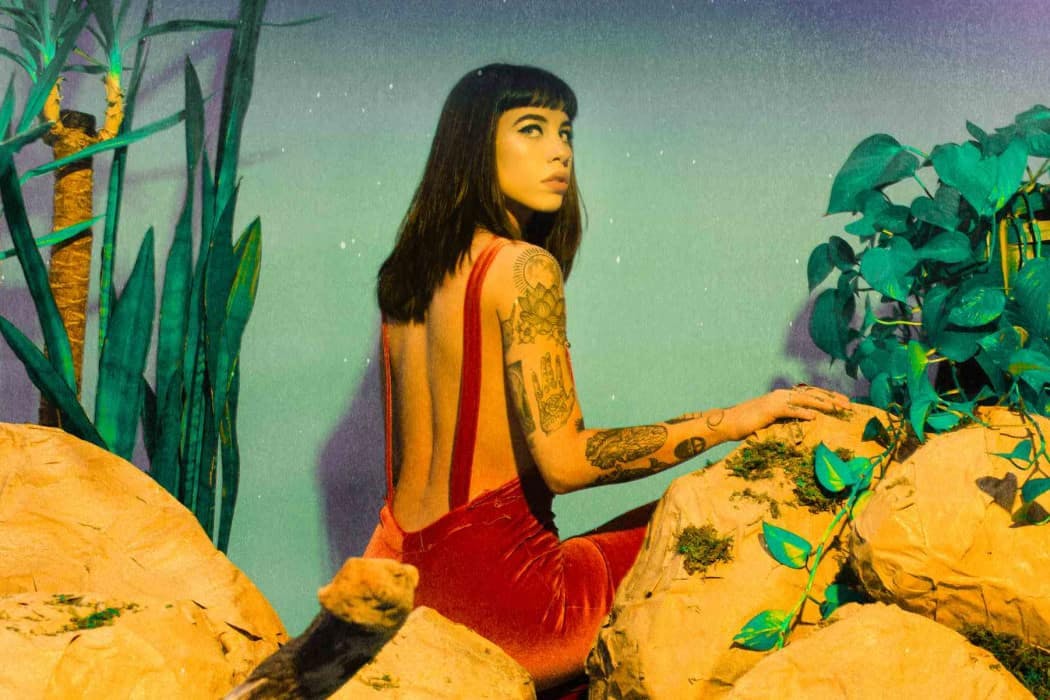 A new artist has never had a launchpad opportunity quite like Naomi Wild’s. Five years ago, while a junior in high school, Naomi snuck into Coachella, stumbled into The Do-Lab tent, and discovered Odesza. An overwhelming feeling came over Naomi and she had a vision of herself performing on stage with Odesza. At that time, Naomi wasn’t playing or creating music in any way, but a couple of years later she found herself disillusioned by college life in Santa Barbara, and sat down on a bench at her student dorm parking lot to try her hand at songwriting. She remembered the feeling she had watching Odesza, and was inspired to write a song she named “Higher Ground.” Not long after, Naomi’s song was blindly sent to an Odesza email address found on the internet. The next day, Naomi Wild got news that Odesza loved what she wrote. Not only did they want the song, but they wanted Naomi Wild to be featured on it. “Higher Ground” became the standout track from 2017’s Grammy-nominated A Moment Apart, receiving 30mm+ streams, and currently impacting at radio. Naomi spent the past year touring the world with Odesza and this year she kicked it off where it all started – Coachella. She’ll be performing with the cinematic electronic duo this Summer/Fall at Red Rocks, Life is Beautiful, ACL, Lollapalooza and more. At the same time, Naomi has also been quietly putting together the pieces of her artist project. Her first single of 2018, “Howlin’,” came out last month, debuting on Ones to Watch who highlighted her, “sultry lyricism and electronic vibes,” and she performed her new unreleased music at Nylon and Lucky Brand’s Desert Jam alongside Charli XCX. This year, Naomi is ready to put her foot to the pedal and show the world what else she has been working on. “Howlin'” is the first step on this journey.