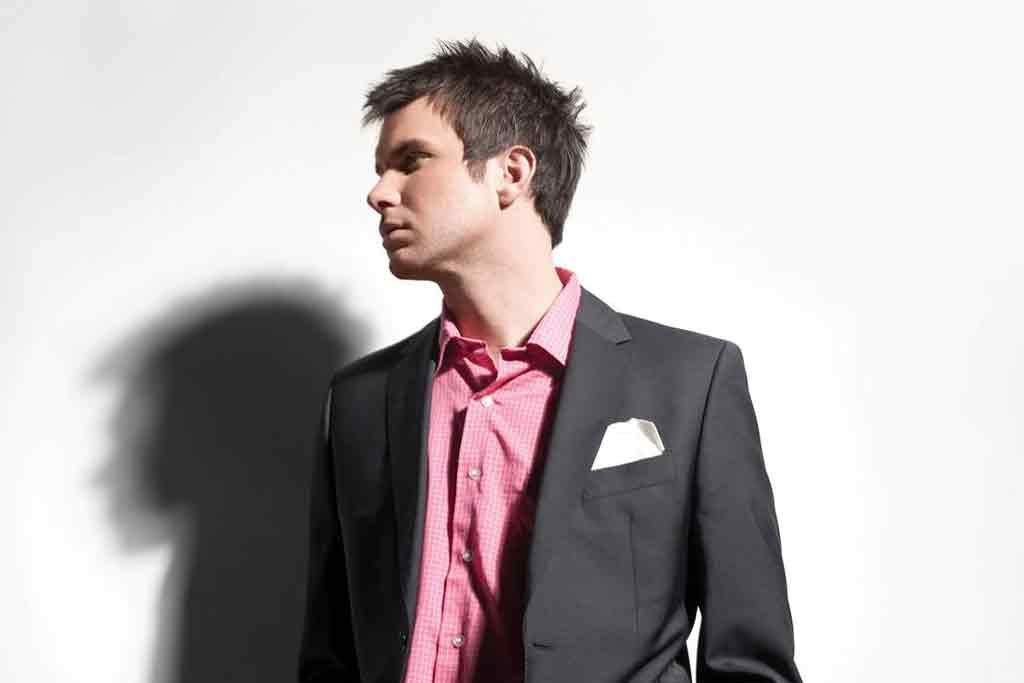 Howie Day’s emotionally resonant lyrics and inventive melodies have earned him
both critical praise and a legion of devoted fans. He is known for his energetic,
heartfelt shows, where he connects with audiences through the strength of his
songwriting and his quirky sense of humor. Day’s warm tenor voice “soars into
fluttering, high registers, but also grates with real, pleading grit,” as one critic put
it. After sales of over a million albums and two Top 10 hits, Day is back on the
road showcasing old favorites, as well as new material from his upcoming studio
release.

A native of Bangor, Maine, Day began playing piano at age five and guitar at age
12. By 15, he was writing his own songs and performing across New England.
Shortly after graduating high school, Day became a fixture at college
coffeehouses across the U.S. He wrote, financed and released his first effort,
Australia, which was named Best Debut Album at the 2001 Boston Music
Awards. The Boston Globe called Day “gorgeously seasoned, far beyond his
years” with “a brave, beautiful singing voice.” During his relentless touring
schedule, Day began experimenting with effects pedals and loop-sampling
techniques as he performed, layering live percussion with vocal harmonies and
guitar parts to become a veritable one-man band. He went on to sell over 30,000
copies of Australia as he navigated the independent music scene and continued
to hone his craft.

After signing with Epic Records, Day released his major-label debut, Stop All The
World Now, and hit the road to support it. The constant promotion paid off: Stop
was certified gold in the U.S. and spawned two Top 10 radio hits: “She Says” and
the platinum single “Collide.” After three subsequent years of intense worldwide
touring, Day moved to Los Angeles and returned to the studio. His next release,
Sound the Alarm, built on the emotionally complex spirit of its predecessor and
delved into Day’s journey from indie wunderkind to platinum-selling artist. It’s lead
single, “Be There,” became a staple at modern AC radio.

After parting ways with Epic and relocating to New York City in 2010, Day
released the Ceasefire EP on his own label, Daze. New songs began to emerge
and evolve at shows across North America and Australia. Day is currently
immersed in the recording process of his fourth studio album, which he is crafting
with the help of longtime friend and producer Mike Denneen. “There is a sense of
inherent creativity and imagination to these sessions,” Day says. “Everything
seems to be in perfect balance, and I want to capture that energy as it’s
happening. Nothing is over or under thought, it’s just in the moment.”